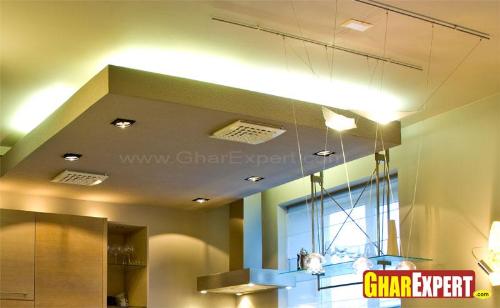 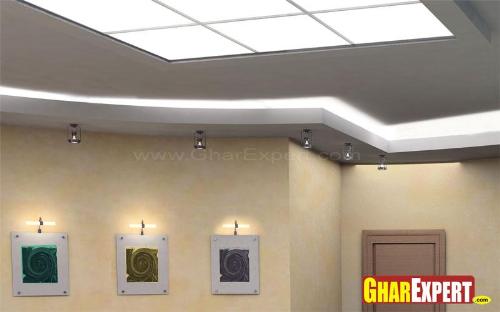 POP Ceiling Design: Pop ceiling or plaster ceiling is the most type for ceiling design. In plaster or pop ceiling, designer creates creative and unique ceiling design with pop (plaster of paris).

Popcorn Ceiling or Acoustic Ceiling Designs: Just like its name, popcorn ceiling adds texture to ceiling by spray or paint like popcorn. Acoustic ceiling is another name of popcorn ceiling. It is inexpensive and easiest way to design ceiling with different textures. 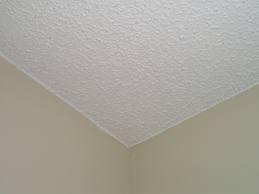 (This Picture is Contributed By "Saroj")

Metal Ceiling or Tin Ceiling Designs: Metal ceiling is a wonderful way to cheer up the decoration and design of ceiling. You can easily find aluminum tiles or embossed tin ceiling tiles in various finishes or designs for royal to contemporary look. Lightweight property of aluminum and tin makes it popular for metal ceiling. 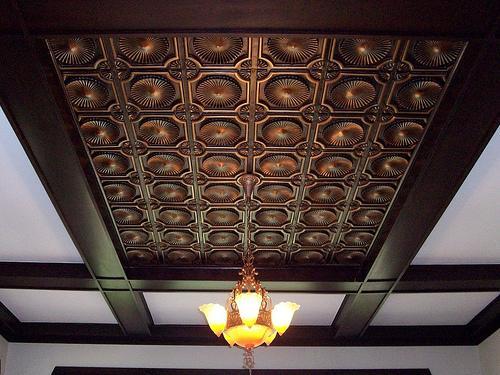 (This Picture is Contributed By "Saroj")

Vaulted Ceiling Design: A ceiling with high sloping line up to the top of house known as vaulted ceiling. Most of the time the top floor of house has this ceiling and that adds space to the room.

(This Picture is Contributed By "Dharmesh")

Gypsum Ceiling Design: Gypsum is fiberboard made from blend of plaster of paris and wood. Gypsum ceiling is popular for commercial and office spaces. 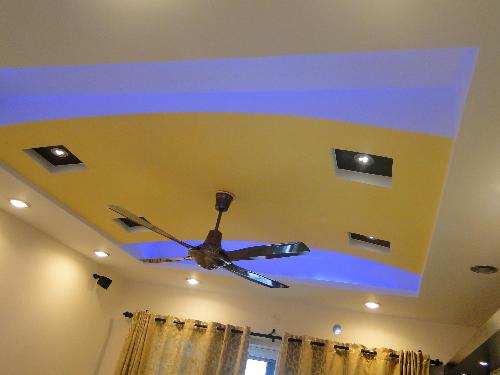 (This Picture is Contributed By "Gopi Kumar")

Coffered Ceiling Design: Coffered ceiling is traditional by design, created by framing interconnected vertical or horizontal lines across the ceiling. It gives the look of checkerboard to ceiling. 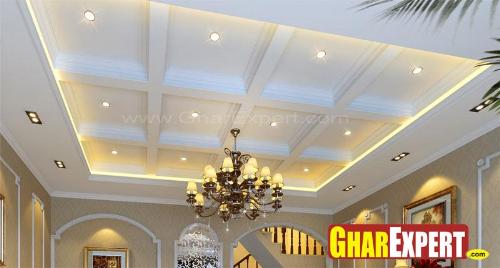 Tray Ceiling Design: Tray ceiling add artistic and unique border to ceiling design. Tray ceiling can be dropped, raised or filled with other materials depending upon ceiling height.

Skylight Ceiling Design: Roof skylight is best solution for natural light and ventilation. You can cover ceiling skylight with different types or glass like painted glass, frosted glass, etc. Use of thermal insulated glass is functional addition to skylights. It prevents heat and keeps your house cool.

Do you want to add home office to your home but do not know how to start the work. Read this article and learn how you can create a home office.

GharExpert.com wishes you a Happy New Year. It’s a special occasion to celebrate and dance with friends and guests enjoying pleasant movements in life. In these movements of excitement and fun, let’s cheer up New Year leisure with these wonderful ideas.

Do you want to decorate your home in Rustic Style which gives a wildlife ambience to your home? The furniture made from logs, planks and knotted wood without any carving offer pure Rustic Look to the interior of your house. Read this article to know more about Rustic Style Interior.

Stairs are an important part of house design and you can choose any from straight flight, curved, spiral designs. Also keep in mind lighting and space while designing stairs. Read this article to know more on stairs designs.

Modern style interior is based on the principle, “less is more” which means the less furniture you have, the better it will look. Stark color variations, minimalistic designs.

Wall Accents for Your Rooms

Wall accents make walls artistic and appealing. Many things like sceneries and paintings are used for wall decoration. Properly decorated walls with artwork and various decorative ideas can create imaginative style on the wall.

Do you know what ‘Ethnic Style’ for decoration? In fact ‘Ethnic’ gives a sense of intimacy and amazing designs for your home decor project. Highly carved furniture and vibrant colors are essentials of this style. Dark colors with bright accessories make “Ethnic Style” superior to other styles.

Your home is a place where you live, dont make it a workplace, dont mess up. Decorate your home in unique style. Use wallpapers, paintings and other decorative articles to make your home a home to live in and enjoy. These tips will help you more.

Utilization of Space Under Stairs

It seems that most people forget to decorate the space under stairs. Though the space is small yet it’s easy to create a small reading space, a compact home office, or cute playing area for kids.

Here is the code for gharexpert, orkut and facebok scrap of Interior Decoration & Vastu Pictures.

Ceiling and Lighting arrangement for contemporary and modern Living Room.

LED Panels for Ceiling Lighting
Contact us About us
Copyright 2007- GharExpert.com All rights reserved.